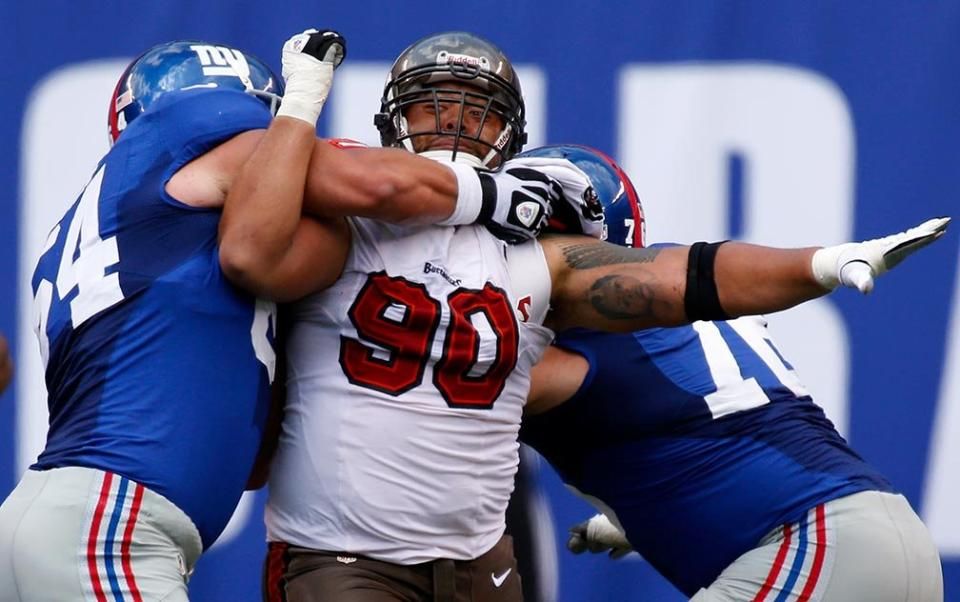 Roy Miller was Shoeamker’s first All-State, All-American football player to sign with a division one school, the University of Texas. While in school he took advantage of the many athletic programs Shoemaker had to offer where he benefited from the coaching staff under Coach Ken Gray. This coaching staff instilled the foundations of discipline, resilience, and hard-work required to carry Roy through a 9-year National Football League career. While the curriculum at Shoemaker eventually helped Roy become an honor roll student at the University of Texas, his athletic ability noticeably took off his senior year, making him off the most recruited players in the nation (being nationally ranked 34th overall). While Roy benefited from the sports program, his biggest take-away from being a student in the Killeen area, was that the kids needed more support from people outside teachers and coaches: “KISD kids needed a sense of community.”

As crime ran and violence began to skyrocket across Killeen, kids of many Killeen were left scratching their heads as to a way out. Already a city of transplanted people Roy felt isolated as to people outside of school to look up to. “Our teachers and coaches provided hope and mentor ship, but the streets and the military had its own calling it felt like 1/3 options I was fortunate enough to know football. Role models outside of those three categories we rarely engaged with or knew, sometimes Killeen feels like a ghost town in a sense that people stick within their own bubbles. Our community moves so much there’s no sense in getting to know your neighbor, and that there is the biggest problem our children face.”

While playing at football games at Shoemaker Roy noticed that the attendance in the stands were often scarce in number. During this time the nation was at war and many of the parents were away fighting for our country. Roy noticed the absence of parents at PTA meetings and it always felt like the kids of Killeen were babysitting brother and sister or just home alone.  The spouses of soldiers left behind were often unable to attend the sporting events of their children, because likely they were doing everything possible to care for the family. Roy also felt this void, because his own father was often one of those missing parents as he served 4 tours in Iraq. Roy could feel the same void that he was sure many other students who’s parents were also away serving felt each and every time they glanced in the stands, trying to catch a glimpse of their parents faces. Leaving Shoemaker he promised himself to never let those kids feel the same way he did. At the University of Texas, Roy would bring Shoemaker studets to his college where he personally toured them around the school. Surprising military soldiers coming home from war, Roy brought his teammates, who’d won the national championship that year, back to fort Hood to visit soldiers returning home. Roy would always make time to visit the students of KISD, reading to elementary students and mentoring many of the young men and women from the city. Roy set up an annual visit to Brooke Army Medical Center where he and his teammates would visit soldiers who were recovering from their injuries at war. They would play dodge ball games with amputees and thank our soldiers with lunch.

Roy’s first year in the NFL he decided to create a foundation, The Accumulative Advantage Foundation. His foundation was created to fill the void he felt military children were missing, consistent role models in a transient community. He knew that by bringing familiar faces around children year after year, he could gain their trust, their respect, and their heart. Most notably Roy holds an annual football camp in Killeen going on its 13th year in 2022 where “generations of successful people come back yearly to show the kids we are here and we care”. Roy has donated to hospitals in the area, more specifically McLane Children’s Hospital has a room where children battling cancer can go and unwind, Roy donated TV’s and video game consoles for the kids. Roy’s reach extends to the Shoemaker to this day buying the team uniforms over the years and supporting their booster club each year. Roy has put on talent showcases in our community for youth, he did 3 food drives during the pandemic that fed thousands of Killeen families, Roy’s foundation gave away 30 computers also during that time to parents of children who had to do work from home during the pandemic but could not afford to purchase one.

2005 Defensive Player of The Cen-Tex

2005 US Army All American Captain

Big twelve player of the week 2008 vs. Colorado (University of Texas)