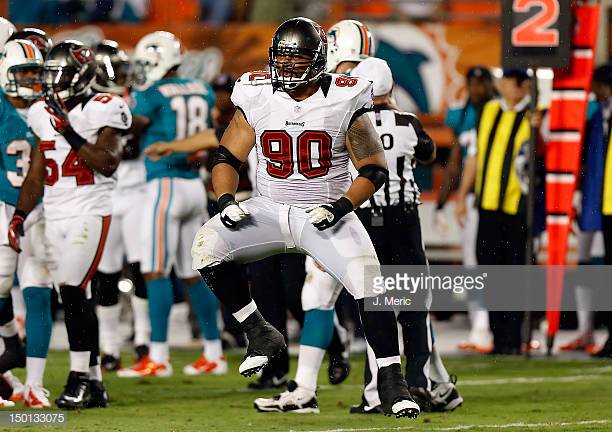 Roy Miller (born July 9, 1987) is a former American football defensive tackle who played nine seasons in the National Football League (NFL). He played college football at Texas, and was drafted by the Tampa Bay Buccaneers in the third round of the 2009 NFL Draft. He has also played for the Jacksonville Jaguars and Kansas City Chiefs.

An army brat, Miller was born in Fort Lewis, Washington in 1987. His father was a soldier in the U.S. Army. His family lived in Fort Eustis, Virginia from 1989–1996 before moving to Killeen, Texas, when Miller was in middle school. Miller was a star at Shoemaker High School before moving on to the University of Texas at Austin. Miller was an All-American, two-time All-State and three-time All-District performer at defensive tackle and also played some offensive tackle. The All-Area Defensive MVP recorded 111 tackles with 10 sacks, 17 stops for loss, 19 pressures, six pass break-ups and two fumble recoveries, returning one 43 yards for a touchdown as a senior at Shoemaker. In three seasons, the team captain collected 264 tackles with 24 sacks.